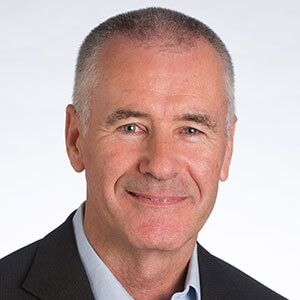 Tony is Professor of Engineering at the University of Melbourne, Department of Biomedical Engineering, where he holds the Chair of Bio-Signals and Bio-Systems.

An internationally renowned computational neuroscientist and leader in medical bionics, Tony is advancing our understanding of how the brain works. His work provides therapeutic applications for patients with sensory or brain disorders.

With a focus on how networks of spiking neurons in the brain process information, his research is conducted through an analysis of the encoding, transmission and decoding of information within neuronal systems.

Tony considers himself an interdisciplinary scientist ­– his research encompasses a number of areas of neuroscience and medical bionics, including computational neuroscience, neuro-engineering, psychophysics, cochlear-implant speech processing and bio-signal processing for epilepsy.

An understanding of consciousness relates to a number of areas of Tony’s work – from both a fundamental and applied perspective.  The ability to provide improved sensory perception for patients with neural prostheses, such as retinal implants and cochlear implants, relies on measuring a patient’s subjective experience – or quantifying their ‘conscious’ experience – and measurements of brain activity offers the possibility of assisting people with locked-in syndrome.

In 2018 he was awarded the Royal Society of Victoria Medal for Excellence in Scientific Research, in recognition of his research career achievements as well as his impact on the scientific community through mentorship and public engagement. He has also twice been a finalist for the Eureka Prize for Excellence in Interdisciplinary Scientific Research, including being a member of the 2019 winning team that has pioneered the new field of endovascular bionics.