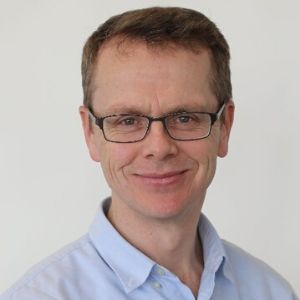 Tony is a behavioural neuroscientist and medical researcher at the Florey Institute of Neuroscience and Mental Health, University of Melbourne. He is an NHMRC Principal Research Fellow and Head of the Epigenetics and Neural Plasticity Laboratory.

Tony investigates gene-environment interactions and experience-dependent plasticity in the healthy and diseased brain. The research includes models of specific neurological and psychiatric disorders involving cognitive and affective dysfunction, investigated at behavioural, cellular and molecular levels so as to identify pathogenic mechanisms and novel therapeutic targets.

The lab provided the first demonstration in any genetic animal model that environmental stimulation can be therapeutic. They explore how genes and the environment combine via experience-dependent plasticity in the healthy and diseased brain. This has led to new insights into gene-environment interactions in various brain disorders, including Huntington’s disease, depression, dementia, schizophrenia and autism spectrum disorders.

He completed his PhD in neuroscience from the University of Sydney before being awarded a Nuffield Medical Fellowship at the University of Oxford. He subsequently held other research positions before returning to Australia on an NHMRC RD Wright Career Development Fellowship to establish a laboratory at the Florey Institute.

He has won other fellowships and awards, including an ARC FT3 Future Fellowship, the British Council Eureka Prize, the International Society for Neurochemistry Young Lecturer Award and the Federation of European Biochemical Societies Anniversary Prize.

He is a founding Associate Editor of the Journal of Huntington’s Disease, editorial board member of 6 other international journals, including Neurobiology of Disease, and member of the Brain & Mind Committee, Australian Academy of Science.