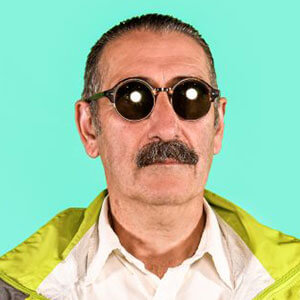 Mark is founding Head of Interactive Composition at the Faculty of Fine Arts and Music, University of Melbourne. He is a composer, educator and curator of music, whose research over 30 years spans a broad range of sound, cross-media and cross-genre areas.

With a love for everything about music, Mark is attracted to many different genres of music and has an eclectic compositional style – across improvisation, jazz and pop to the indigenous music of South East Asia. He is broadly interested in collisions and fusions between art, music and popular culture as a process for reconstructing the familiar.

His work has been released on nine albums including ‘A handful of rain’ – a collection of his ambient works – and his music is broadcast and performed widely in Australia.

In 2008 Mark received the AMC/APRA Classical Music State Award for long-term contribution to the Advancement of Australian Music. He continues to work on Resonating Spaces: The two Islands project in the Cook Islands, a project he pioneered in 2015. It features a series of collaborations and installations with schools and artists across music, film and television and dance. His work The Heavenly Muzak Machine has been featured at many festivals and has even toured prisons in Norway!

It’s no wonder that Mark encourages his students to research and collaborate across faculties, including neuroscience and psychology, resulting in collaborative projects such as a synapse installation at White Night 2019.