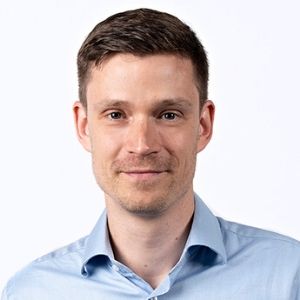 Stefan is Head of the Decision Neuroscience Laboratory and Director of Decision Science Hub, at the Melbourne School of Psychological Sciences. He and his team seek to understand the science behind decision-making.

His research focuses on the investigation of the cognitive and neural mechanisms underlying perceptual, health-related and voluntary decision-making, as well as decision errors, change-of-mind and preference formation.

A recent study by Bode and colleagues investigates how our brains integrate new information to allow us to change our final decisions. Such research contributes to better understanding human decision-making, and ultimately assists with designing intelligent decision-support systems – to enable machines to replicate how our brains work.

Stefan received his PhD in psychology/cognitive neuroscience from the Max Planck Institute for Human Cognitive and Brain Sciences in 2010 before moving to Australia to work at the Florey Institute. In 2011 he took up a Postdoctoral Research Fellowship at the MSPS and co-founded the interdisciplinary Decision Neuroscience Lab.

Stefan became a lecturer at MSPS in 2014 and an Australian Research Council (ARC) Discovery Early Career Research Award (DECRA) fellow. He obtained his professorial degree (‘Habilitation’) from the University of Cologne in 2017 and was promoted to Associate Professor at MSPS in 2019.