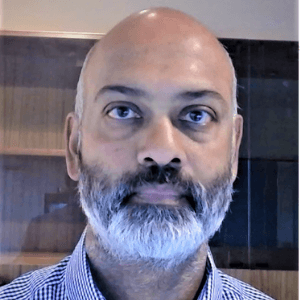 Suresh is Head of the Department of Psychiatry at the School of Clinical Sciences at Monash Health, Monash University, and the Director of Research, Mental Health Program at Monash Health.

He has a distinguished career as a clinician and researcher. He moved to Monash in 2015 from the Florey Institute, attracted by the translational research opportunities of the Monash Health Translation Precinct.

The lab conducts studies to investigate animal behaviour using transgenic models of psychosis, identifying relevant neuronal signalling pathways. They are also establishing a clinical trials research group that evaluates new treatments – utilising clinical and biomarker data to understand the molecular basis of psychotic disorders. He collaborates widely to bring multiple perspectives to probing the fundamental experiences and mechanisms of psychosis and how this informs our understanding of perception and thought.

He also heads the Asylum Seeker and Refugee Mental Health research group, which looks at the mental health needs of refugees and asylum seekers, including the impact of detention on child asylum seekers.

In collaboration with Dr Debbie Hocking, he investigates the social determinants of mental health and the prevalence and types of mental disorders in refugees and asylum seekers. He has published and presented widely nationally and internationally in this area.

Suresh is an external expert advisor to the UNHRC and a consultant to the Australian Human Rights Commission, the Australian Department of Home Affairs and non-government organisations. He also sits on the executive of the World Psychiatric Association Section on Developing Countries.