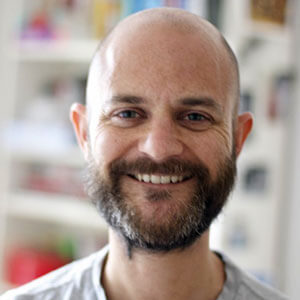 Timothy (Tim) Bayne is a philosopher of mind and cognitive science with a particular interest in the nature of consciousness. He is Professor of Philosophy at Monash University and ARC future fellow.

Tim’s current research concerns the measurement of consciousness and whether it is possible to build a consciousness meter. This work examines questions such as: what kind of brain activity gives evidence of consciousness? How do tools such as EEG or neuroimaging assign consciousness to brain-damage patients?

A central impetus for this research, Professor Bayne said, comes from research into the disorders of consciousness that are associated with coma and a need for better prognostic information. From there, it might be possible to give better predictions about which patients will recover and which will regain functional capacities.

There are other far reaching implications of this work. From informing policies in relation to the emergence of consciousness in infancy to ethical issues in relation to how we treat non-humans and artificially intelligent agents. Questions around the idea of ‘what is it to be consciously intelligent’ are difficult to answer, but are only going to become increasingly relevant.

His research is developing a philosophical foundation for attempts to determine whether or not an organism is conscious. It exemplifies the value of interdisciplinary research – his work is at the intersection between the sciences and philosophy.