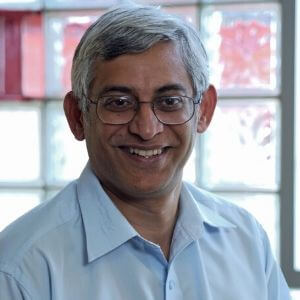 Trichur Vidyasagar (Sagar) is a neuroscientist with a particular interest in vision. He is a Professor in the Department of Optometry & Vision Sciences at the University of Melbourne and also an Honorary Professorial Fellow of the Florey Institute of Neuroscience and Mental Health.

He is Lab Director of the Visual and Cognitive Neuroscience Laboratory. The lab’s main aim is to understand the neural basis of visual perception, attention and memory, with a particular focus on the visual system.

Sagar’s career-long work in this area has led to a new theory of how basic attributes of a visual scene such as lines, colours and movement are coded by the brain. Such an understanding could help in being able to explain many perceptual disturbances ­– as well as contribute to the development of neural prostheses for the blind.

More recent work on attention has helped to shed light on the neural mechanisms that different parts of the brain use to communicate with each other.

This research has led to insights into the neural processes that enable the brain to search for objects in the cluttered world around us and match our perceptions to stored memories. In turn helping us understand a number of neurological disorders such as dyslexia, autism, ADHD and schizophrenia.

Most notably, Sagar has developed a new theory that describes the neural machinery that we use for reading. It identifies a basic aspect of visuo-spatial attention as the underlying reason for the differences in reading performance between good and poor readers.

Most recently, he was awarded an ARC Discovery Project entitled ‘Neuronal origin of functional maps on the mammalian visual cortex’. In 2018, he was awarded the Gauss Professorship of the Akademie der Wissenschaften zu Göttingen.

Sagar has over 80 peer reviewed publications in neuroscience.